You are here: Home1 / Your San Rafael Orthodontist

Importantly, San Rafael favorite Dr. Jasmine Gorton, a San Francisco native, graduated from UC Berkeley with Bachelor degrees in both Integrative Biology and Social Sciences and then went on to graduate from Harvard with honours for her Doctorate in Dental Medicine.  Her work on preventing decay around braces has been published in the American Journal of Orthodontics.

Dr. Bill Schmohl, a third generation dentist, graduated from UC Berkeley with a Bachelor of Science and then completed his doctoral degree at UCSF Dental School. He received a Master of Science in orthodontics from Case Western Reserve and became a Diplomate of the American Board of Orthodontics. 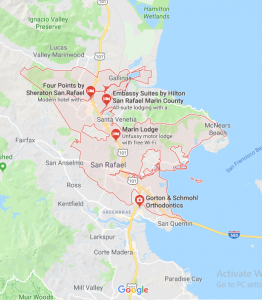 After the arrival of George Lucas in San Rafael in 1970 to film the movie THX 1138, the city became a center for the entertainment industry, particularly the high-tech elements of the business. Lucasfilm by George Lucas in 1971.  Famed for Series Star Wars and also for Indiana Jones.

Additionally, Portions of the Universal movie production American Graffiti were filmed in downtown San Rafael under George Lucas’s direction, and portions of THX 1138 were shot at the Marin County Civic Center in San Rafael.

What is now San Rafael was once the site of several Coast Miwok villages; Also, Awani-wi, near downtown San Rafael, Ewu, near Terra Linda, and Shotomko-cha, in Marinwood.

Ultimately, Gorton & Schmohl Orthodontics offer full orthodontic services for San Rafael and surrounding areas in their Marin office. In conclusion, please contact us here for an easy way to make an appointment to see Dr. Gorton & Dr. Schmohl to see the difference a beautiful, healthy smile can make. 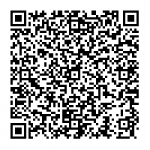